Closeup - Sing In Your Style!

In Vietnam, Close Up is the leading brand in the “Freshness” segment of the toothpaste category with more than 60% brand awareness among the youth. However within Vietnamese youth community, Close Up was observed as less exciting and engaging brand. In spite of continuous media interventions and activations, Close Up was still struggling to win the interest of Vietnamese youth and strengthen the brand love.

Challenge: How can Close Up strengthen brand love and build more brand awareness by finding something engaging and exciting that draws attention towards Vietnamese youth?

Target Audience: The Close Up youth (18-24 YO) age group like to be Independent, socialize with friends at coffee shop. They are young, bold, and dynamic. When it comes to love & relationships, they like to be sincere rather than being serious.

Within television content, they mostly prefer to watch singing reality shows on television like The X Factor, Vietnam Idol and The Voice Kids for pure entertainment.

This is 1st year of the mobile audition campaign. The first and only strategic choice was to use Mobile as the lead medium for this campaign. We used the power of mobile which allowed youth to interact and participate in the singing contest on a mobile in fun and engaging manner.

This is 1st year of the mobile audition campaign. The first and only strategic choice was to use Mobile as the lead medium for this campaign. We used the power of mobile which allowed youth to interact and participate in the singing contest on a mobile in fun and engaging manner.

During research, we discovered the Vietnamese youth are fanatic behind watching singing talent shows like Vietnam Idol and The X Factor. To perform on stage in front of large crowd, one need “Confidence” while they honestly believed they lack self-confidence to perform on stage.

Wow!!! An idea was born with the above powerful insight.

We used cross media channel strategy which raised awareness about the contest. We exclusively partnered with Zalo – the No 1 youth focused media channel to reach our Close up audience.

For the first time, we used “iVoice technology” on mobile from Zalo that produced an exciting singing contest for Close Up users to participate from their mobile via Close Up Zalo page using OTT (Over-The-Top) platform to enable the record voice function. Nearly 69% of the budget went on mobile out of the total digital campaign budget for a one month campaign

Consumer First
Zalo is the No 1 online social messaging application & entertainment focused media channel with base of 30 million users. Nearly 68% of the Close Up target group accounts for Zalo users.

We invited consumers to participate in the 4 weeks contest via Zalo mobile notification and mobile banner on Close Up Zalo page and later users can continue to get more updates on the contest from the Close Up Zalo page.

Technology First
For the first time in Vietnam, we leveraged “iVoice” technology from Zalo and created an exciting contest within Close Up Zalo page to attract users to participate in the “Be Confident to sing high note” contest that challenged user to sing along with perfect voice quality recording function from their mobile. Each week had different themes to sing: “High note”, “Belting-note“, “On-pitch” .

We asked user to send #closeupidol as a message from their mobile to Close up Zalo page which then system will send them a part of song sung by a singer together with lyrics. Consumer was asked to hold their voice record function from mobile & sing within 15 second as long as it sounds good as per the sample. Once it’s done, they could submit it when the recorded version sounded correct or they could record again until satisfied.

Close up Zalo page installed music recognition technology to recognize & analysis their cover & instantly credit them with score from 1 to 100 (This technology system was built base on fingerprint of each audio sample that matches between recorded existing song vs user’s versions. The greater similarity between the original vs participants will define user’s score). User could then upload their song on Close Up Zalo gallery and share their song link with friend on Facebook to ask for voting to win prizes. 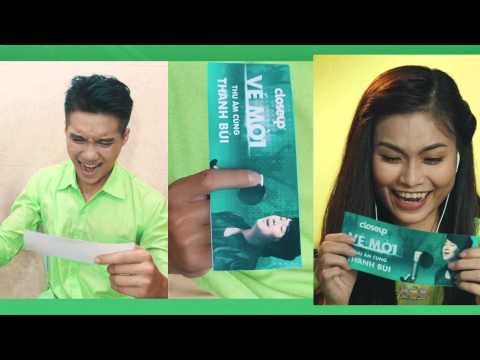 The campaign surpassed KPIs across all the dimensions:-

For a country with more than 36 % of the population (i.e 33 million) owns smartphones, impact of Word of mobile became more powerful than Word of Mouth.