Davonne is a new brand of fine textile trading with its extensive trading network around the world. The company mission is to shape the textile industry by breaking the limitation. xolve has designed a brand identity that distinctly express brand essence.

The name Davonne is fabricated from the names of the two founders, Daniel (Da) and Yvonne (vonne). Davonne’s customers include a long list of notable fashion designers in the country. With that in mind, we’re challenged with an identity that both communicate the nature of the business while visually appeal to the fashionista. 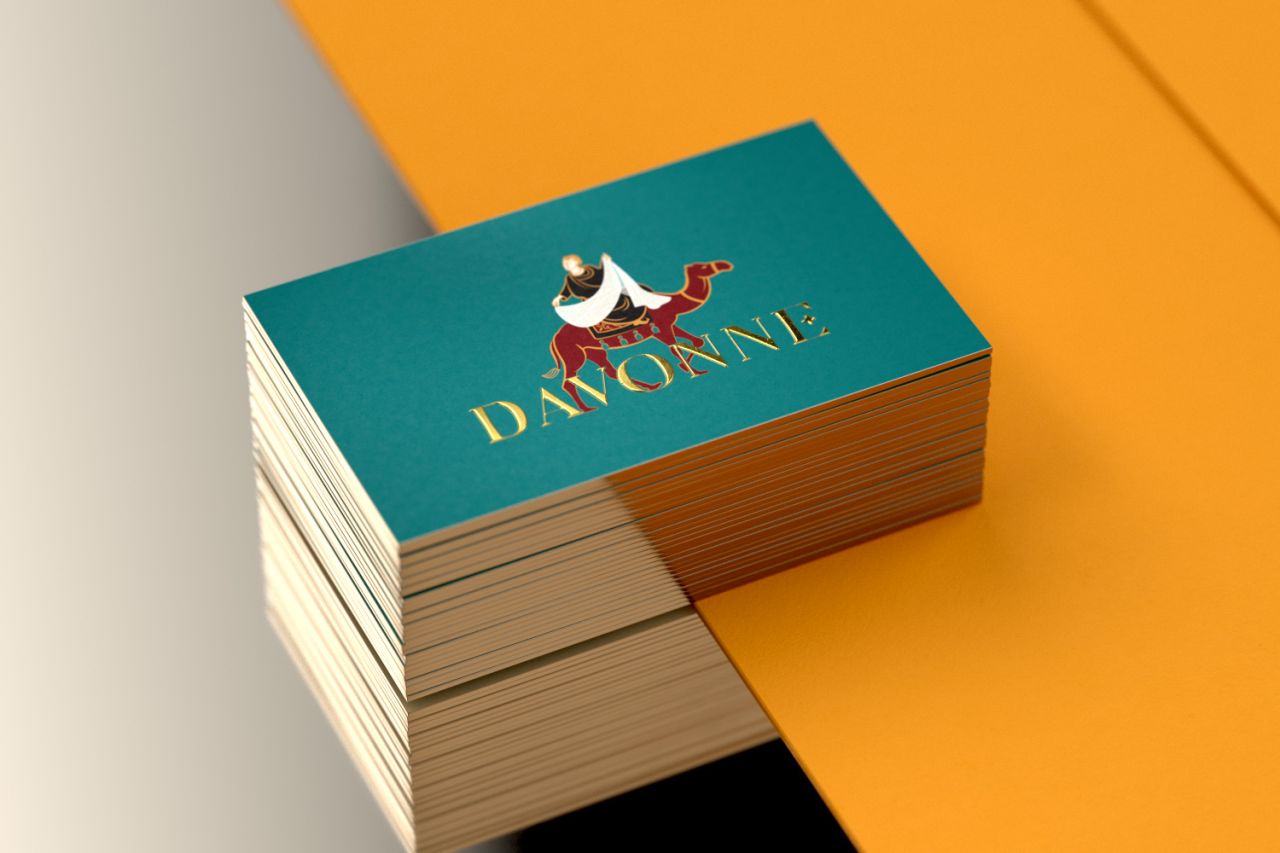 The identity design took inspiration from the Silk Road, a vast network of trade routes, which connected the East and West from the 2nd century BCE to the 18th century. The logo embody a man riding the camel while holding a piece of garment. For the wordmark, we constructed a classic yet contemporary wedge serif typeface that complements the pictorial mark. There are subtle details like a star symbol to replace the arm of the letter ‘E’. Instead of the usual stacking the pictorial mark above the wordmark, we arranged them in line to create a sense of motion. The identity’s understated elegance extends to the applications, which employ a set of illustration that depict the journey of men in the camel across the famous landscapes. These include the Great Wall from China, Korean Gyeongbokgung palace, the Notre-dame Cathedral from France, and the well-known Pisa tower from Italy. Rich and bespoke materials are used in print production to position the premium quality of the company product.