The campaign targeted current 7UP target audiences in Vietnam who are young people living in urban areas with a sense of originality and natural uniqueness. The type of people that want to bring themselves out to make a personal statement about who they are. We wanted to target those that all feel good to be themselves.

With the rise and growth of Vietnam’s economics the past 10 years, there were still a lot of damaged, ruined, run down city blocks in Vietnam. Cities such as HCMC still had remnants of pre 1994 before Vietnam opened its doors to the world. The story began with the insight that Vietnamese youths have their own originality and desire to express themselves from a history and upbringing that taught otherwise.

From global trend study, we decided to choose 7 platforms as the way for people to express their own personality: Photography, Fashion, Food… One of those platforms is Street Art.

Meanwhile, it’s the 21st century and there were still a lot of damaged, ruined constructions in Vietnam, even in the modern city like HCMC. These buildings were diluting the beauty of the city. And Street Art could be the way to beatify those damaged buildings.

And the current trend of Youth Vietnamese is contributing their creativity and personality to the community. Perceiving those valuable opportunities, we decided to establish the idea that not only allows young people to bring out their true personality, but also to contribute and do a good thing to the community through Street Art. Therefore, through this campaign, we enable young people to use Street art to renovate the community and create the new outlook for many old constructions in Vietnam.

Visual art was one of the most popular ways people used to show their personality and natural flair. Therefore, through this campaign, we decided to establish the idea that allowed young people to bring on their originality and at the same time contribute to communities in various cities. We enabled young people to use visual art to beautify the communities they were in and to create a new outlook for many old parts of urban Vietnam in a unique platform called Street Art. That was how “Vietnam Refreshing Project” was born. This is the first year 7UP launch the campaign in order to reposition the brand.

We kicked started the campaign with 7UP’s global TVC “Feel good to be you” where famous influencers were coloring life in their own significant way.

I Feels Good To Be You

In the next move, “my7up.vn” was build up and launched as a virtual engagement community to collect users’ ideas on how to beautify their city. On the website, users submitted designed photos, creative ideas and descriptions about their ideas on beautifying the nation. We had a design team ready 24/7 to visualize all submissions. Best ideas were chosen by the community and the brand to be brought into real life. On social media, the 7UP’s Facebook fan page promoted the most creative ideas as inspiration for those who hesitated to join in the campaign. KOLs also played an important role as they initiated submitting their own ideas and called their fans/followers to do the same for the good of the country.

We also briefly introduce about the campaign idea by photo and animation via web banner in order to call user join the campaign. At the end, throughout all the wonderful ideas, the Economic University Dormitory and the Turtle Lake in Ho Chi Minh City were chosen to be the first renovations.

Overall budget for the campaign in digital was around $60,000. 10% of the budget allocated to mobile. 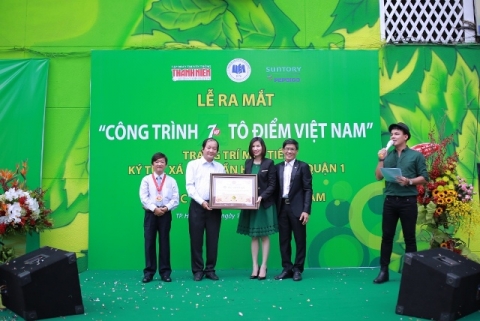 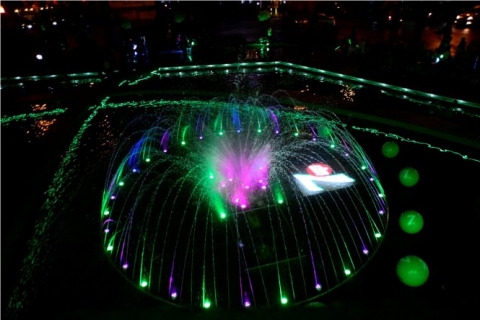 Taking advantages of smartphones, we developed a mobile version for the campaign site in which users had the ability to take pictures of a particular construction/building that they wanted to “refresh” and beautify. Also through the mobile phone, they were able to use a dedicated painting tool to makeover the particular building.

In an era of smartphones with sensitive touch screens, which allow users to easily draw and paint on the phone, the mobile version of campaign’s website made sure no good idea was missing just because it came out in the most unexpected moment when users were not sitting in front of the computer but out and about in all parts of the country. After 2 months of the campaign, the brand had reached to a significant sale increase in which:

After 2 months of the campaign, we received more than 1500 ideas submitted from all over Vietnam to the website, archived 150% of the committed KPI. The campaign reached more than 45 million consumers among our target audience. 7UP Vietnam Facebook fan page increased more than 7000 new fans with over 308,000 user engagements.

Those numbers authenticate a huge contribution from original personalities, which leads to a remarkable change in young people’s perception of being themselves, enjoying what they do.

The campaign also enabled young people to create valuable visual benefit for community. Throughout “Vietnam Refreshing” campaign, 7UP has built an inspirational brand that honors personal originalities and motivates people to bring out their unique colors to refresh Vietnam.

Throughout all the wonderful ideas submitted to the campaign, the Economic University Dormitory and Turtle Lake in Ho Chi Minh City were chosen to be the first location for this beautifcation.

The Dormitory was recorded as “The greenest Dormitory of Vietnam” by Guinness Vietnam. The campaign received huge number of positive reactions from young Vietnamese online users. And Turtle Lake, as a traditional and historical location through years, is now turning into a refreshing and contemporary destination, which attracts tremendous excitement from young people.