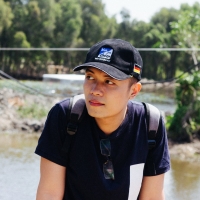 We are a full-service communications agency led by one of Vietnam's most experienced and recognized creative leaders. Established in 2007, we create communications focusing on 'work that works' for our multinational and local clients. Some of the work we have created has garnered two silver AMEs and other global recognition.

BBDO is a worldwide advertising agency network, with its headquarters in New York City. The agency began in 1891 with George Batten's Batten Company, and later in 1928, through a merger of BDO (Barton, Durstine & Osborn) and Batten Co. the agency became BBDO. BBDO Worldwide has been named the "Most Awarded Agency Network in the World" by The Gunn Report for six consecutive years beginning 2005. It has won "Network of the Year" at the Cannes Lions five times. With more than 15,000 employees in 289 offices in 80 countries, it is the largest of three global networks (BBDO, DDB, TBWA) of agencies in Omnicom's portfolio. BBDO was named Global Agency of the Year by Adweek in 2011. It has also been named Agency of the Year in 2005 by Adweek, Advertising Age, and Campaign Magazine. In 2006, Mayor Bloomberg proclaimed January 10 as BBDO day in recognition of the strength of its advertising, as well as its contributions to New York City.

In 2013, Publicis and Omnicom, two of the largest global advertising agency holding companies, merged together and became the biggest advertising firm in the world; thus, the reputation of BBDO has been strongly enhanced.

Here is the BBDO Vietnam notify

"Hi all, we're looking for a full-time, somewhat senior advertising Art Director for a one month stint during November. TV and print production supervision experience would be a plus. Tell your friends, or send along your stuff to: [email protected]"

Send your CV to [email protected]