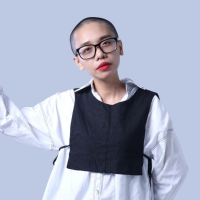 Hera makes the impossible possible with its actual flights

Hera debuted in May 2022 with its breakthrough features and capabilities: small enough to fit in a backpack, yet powerful and spacious enough to lift multiple payloads up to 15 kgs. Hera did turn the impossible into possible by ingeniously integrating both small-size portability and heavy lift capacity, both backpack compactness and ample space for four payloads, plus 360-degree visibility for every payload – All in one unique body.

Hera was so disruptive that its claimed features seemed too good to be true. Many have wondered how Hera could actually deliver its promises.

Hera now does translate its feature superiority into an unprecedented search and rescue application. All backpacked SAR drones available on the market today essentially have only one function: find victims, whereas Hera can do both: find and save, and much faster. Mounting two EO-IR payloads on two ends, Hera doubles scouting area and search speed. At the same time, Hera can deliver lifesaving kits such as life vests, jackets, water, food, medical kits, etc. up to 33 pounds/15kg.

In search and rescue, where a few seconds can make a difference between life and death, Hera’s ability to do both finds and save at doubled speed is priceless.

The story of RtR

RtR wanted to help after witnessing the tragic loss of life of the 19 heroic firefighters in Arizona in 2013. Firefighters did need a drone portable enough as personal gear, yet powerful enough to do everything firefighters need to keep them safe. Sadly, such drone did not exist.

All backpackable drones ever made have a lift capacity from one to five pounds max. To serve the majority of use cases, the lift has to be around 30 pounds. Having both backpack portability and a sixfold increase in lift capacity turned out to be extremely challenging. Nobody from giant drone makers to new startups has been able to find an answer.

RtR is the only drone manufacturer that has successfully tackled this puzzle. Our Hera drone is small enough to fit in a backpack, yet powerful enough to lift 33-lb payloads, mount four gimbaled payloads simultaneously, deliver 360-degree FOV for every payload, and ensure data transparency and security. Hera simply sets the world records in almost all critical features, an unprecedented achievement in drone history.

We invented Hera ahead of all giant global drone makers. It was like a feat by David against the Goliath in the drone technology race, almost too good to be true.

How could we possibly do it? Our journey is one of the typical American dream stories. Quoc Luong came to the U.S as an international student on a Fulbright Scholarship. He made the best out of the opportunities America offered: a good education, an invention enabling environment, and an encouragement to keep one’s birth culture and identity to make to the U.S. more diverse and stronger.

Quoc finished his Master’s at Cornell, his Ph.D. at UC Berkeley, went on to found Real-time Robotics in Silicon Valley, dreamt big, and landed a revolutionary invention that for the very first time in drone history puts the American civilian drone industry ahead of its competitors. This is how Quoc and RtR give back to the U.S., RtR’s adopted homeland, for an American dream that came true.

RtR’s Hera can now do more from less better than anybody else by a tremendous margin from two to ten folds. With Hera, RtR has taken one more step closer to achieving our mission - using drone technologies to advance humanity. Making drones to support greener agriculture, to fight wildfire, to respond to disasters, to promote clean energy, to keep the public safe, to protect the environment, etc. is to advance humanity. Providing drones for a just cause like freedom and sovereignty defense, we believe, is also to advance humanity.

We are truly thankful to have been able to make such a contribution. We will continue to try our best to come up with more innovations to make the jobs of our everyday heroes such as firefighters, public officers, farmers, inspectors, first responders, soldiers, etc. increasingly easier, faster, and safer.

Please visit Hera and the RtR team at Booth #755 at Commercial UAV in Las Vegas Sep 6-8. Hera is ready for a demo after the Commercial UAV Expo 2022. Please just let us know at [email protected]