Mirum Vietnam cooperates with Diana Unicharm to launch their most successful campaign ever – Diana Sensi Campaign.

Inspired by sympathy and the profound understanding of what women have to suffer during their menstrual cycle, Diana Unicharm and Mirum Vietnam launched a viral campaign under the umbrella idea of “Êm thoáng cho da ngày mẫn cảm” (Ultimate comfort to do what you love during sensitive days with Diana Sensi) - which turned out to be their most successful campaign yet, and become one of the most shared and talked about topic in the community.

Starting out as a normal social debate on Pho’s fan page, the topic quickly became a buzz on social media, with a dramatic increase of 1,143,173 organic views in the first week. The unbranded video soon spread across the net, and received thousands of positive interactions, which expressed the same feeling, concerns and sympathy.

To maintain the hype, Diana launched the branded video of inspiring girls around Viet Nam doing creative things during their time of the month whilst being carefree. And the secret behind it? Diana Sensi. Throughout the film, there are negative comments from others about girls during their time of the month, whilst the girls were the opposite and carefree. We had female KOLs spread the video, and received a total of 95% positive sentiments on the Diana fan page. 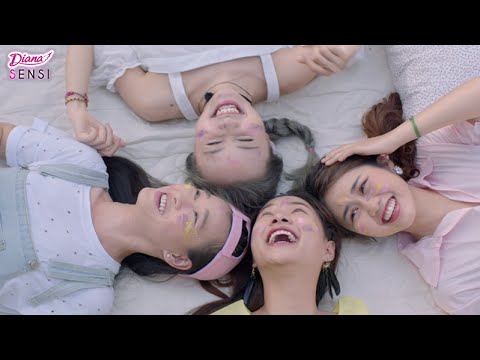 This is considered the most successful digital campaign ever launched. In just 3 weeks, we have recruited 3024 new fans with 393,428 engaged users, over 3 million video views, and over 5000 interactions per post. After the campaign, users even returned and share their thoughts with the brand.

This campaign had a massive impact on girls, and is considered a “cure” for their deepest and most desirable needs - to be sympathized with, to share, and to be comfortable doing whatever it is they love doing, bringing out the best of "Diana, là con gái thật tuyệt!” (Diana, it’s great being a girl!).