Elevating this year’s on-pack “Flying Farm toy” collectibles promotions of Dutch Lady to a whole new level, we introduced an augmented reality mobile app called “FLYING FARM” that also gives kids a virtual experience into the world of Dutch Lady. The mobile app was the gate and the connector between the online and offline worlds, and it had multiple gaming possibilities for the kids while interacting with the flying farm toys they collected from purchasing Dutch Lady milk.

Dairy category in Vietnam generates over $2 billion annually and is considered as one of the most competitive categories in the market. Four key players (Dutch Lady, VinaMilk, TH Milk, Bavi) aggressively compete on all battlefields, especially in Media, POS, Product innovations, Online and Promotions.

In Ready To Drink Milk (RTDM) category, where 70% of consumption is driven by kids (Insight Asia 2012), competition is even fiercer. Pester Power, which is the ability of kids to influence their parents’ purchase, is the main force of switching in this category.

All RTDM brands are trying to use “Pester Power” to woo children in the age group of 4-12 years old by constantly launching kids on-pack promotions at least twice a year, to drive sales and capture shares from competition. Magnet collections, small plastic toys, stickers, collectible pins, erasers, rulers, puzzles - all imaginable ‘freebies’ are being attached to the packs of milk.

This year, the challenge was to stand out from this intense competition yet repetitive activity of giving away collectibles. Dutch Lady had to do something beyond just promotional “freebies” and excitingly get kids to interact and engage more with the brand.

The objective is to build brand love among kids and achieve 6% volume sales uplift over the current baseline.

The primary target audience of the campaign is Vietnamese kids from 4 to 12 years old while secondary target are moms from ABCD classes, who make purchase decisions for the family.

Even though mothers are just the secondary targets, we need to ensure that their children ask for our brand. We realized that while one truth was that kids dictated what milk brand gets bought depending on how attractive it seemed to them, the other fact was that Vietnamese children have become extremely tech-savvy and digitally involved.

In the top 6 cities in Vietnam, tablets penetration reached over 30% of households and over 65% penetration for smartphones. Tablets and smartphones had become ubiquitous in Vietnamese homes and kids were the ones who consumed digital content heavily – especially mobile games. We had to do something that piqued the interest of this "mobile generation".

It was time to connect Dutch Lady’s promotion activity with brand storytelling and with new possibilities to engage with households.

We decided to integrate mobile into the regular on-pack promotion exercise of the brand. Instead of just giving away freebies that can be collected, why don’t we do something using the tablet/ smartphone to provide the child an interactive experience? And while we’re at it, use it to tell the brand story of Dutch Lady and its Dutch heritage.

TV Commercials made to garner mass attention on the “Flying Farm” on-pack promotions and spread awareness and drive traffic of children into the shop. 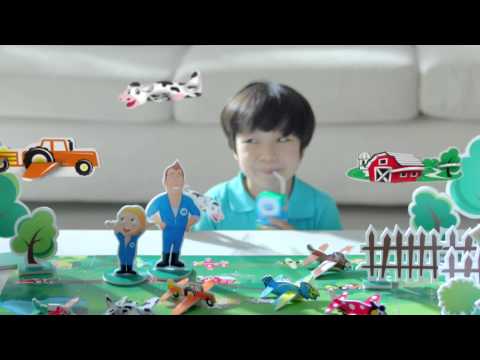 The campaign successfully managed to add a fun new layer of interactivity to an existing mundane activity of merely collecting toys. Kids did not only find more ways of playing with their flying farm toys through the app, they were also taken into the world of Dutch farmland, enabling the brand to tell its brand story.

With over 40,000 downloads and over 92% of people who downloaded this App went back to play it again and again, the mobile app had created a strong impact on its launch.

The campaign goal was to engage child consumers and generate ‘brand love’ to upswing sales numbers. While the TV Commercial was to spread awareness and drive traffic of children into the shop, the mobile helped in attracting children in a more engaging way than conventional forms.

Using ‘augmented reality’ in the Flying Farm App, kids could scan the Dutch Lady milk pack using smartphones or tablets and they would be transported to the farm world of Matt Truitman, the Dutch farm boy and his side-kick, Bella the cow. They could then interact with Matt by tickling him and take selfies with him.

Most interestingly, they could scan the collectible flying farm toy from their Dutch Lady purchase and Matt would jump on it virtually and fly around the farm on it. The game would become more fun and exciting as kids unlock more characters by collecting and scanning all 30 flying farm toys. While other marketing channels built awareness, the mobile platform built engagement and interaction. 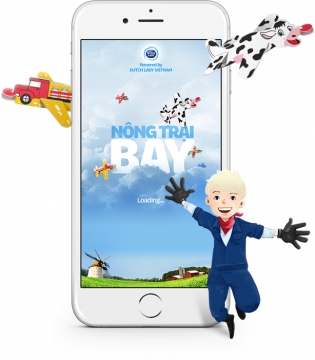 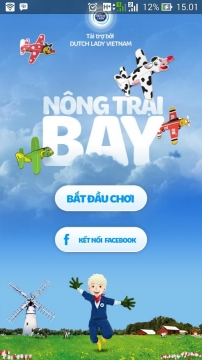 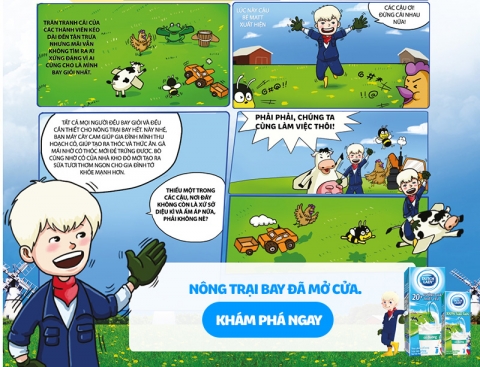 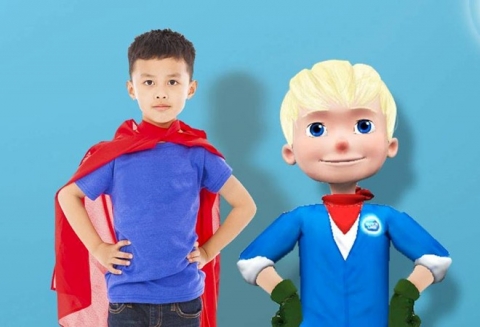 While there were TV Commercials made to garner mass attention on the “Flying Farm” on-pack promotions, the channel through which this idea came alive was in-store. Because of the "collectible" phenomenon in the RTDM category, we realized that children would go to stores with parents during grocery purchase, see the toy on offer and given that it was attractive enough, would demand the purchase to be made.

Since “Pester Power” was at its most potent at the store, we decided to make the most of this idea at the point-of-purchase. Every four packs of milk attached a ‘”Flying Farm” toy (collection of 30 cows) with the invitation to download the “Flying Farm” app. 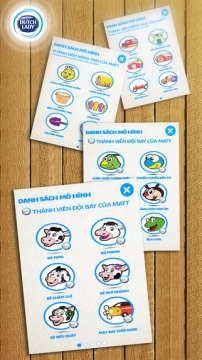 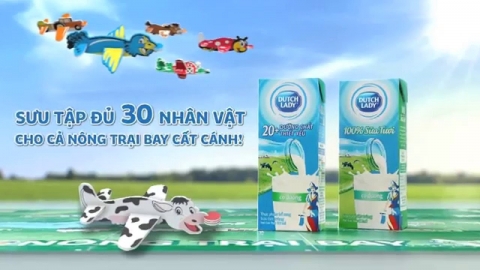 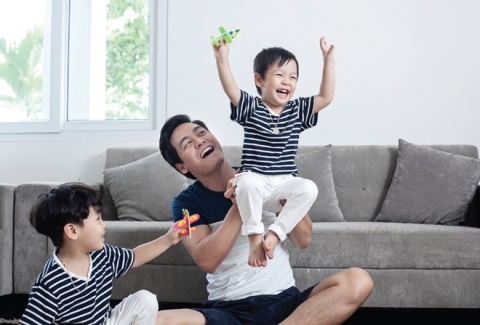 Before this campaign, Dutch Lady was perceived as a brand that talked to mothers and not really to kids. Its biggest competitor, VinaMilk, on the other hand, was seen as a brand for kids and therefore enjoyed immense popularity with kids. As a consequence of this, sales of Dutch Lady had flattened.

By innovating our approach in the monotonous and repetitive annual Pester Power on-pack promotions activity through mobile, the actual results outstripped its targets.

While sales targets for this campaign was a 6% increase, we actually surpassed it by 13%, achieving a total increase of 19% in volume sales. Also, clearly Dutch Lady began appealing more to kids with more than 27,000 downloads of the App happened in just 4 weeks & more than 40,000 downloads during the campaign time.

The fact that there were over 27,000 downloads of this App in just 4 weeks is testimony to the point that consumers loved the App. As further proof, ‘Flying Farm’ received an average rating of 4+ in the Google App Store. No wonder, over 92% of people who downloaded this App went back to play it again and again.

With the success of this mobile innovation, Dutch Lady decided to sustain the platform for longer term through further app developments to be utilized in upcoming promotions and brand activities. On even bigger scale, the brand plans to adapt the same idea to its global markets in the future. The Flying Farm App has been successfully shortlisted for MMA APAC. The result will be on October 15, 2015.